What does Canada’s aging population mean for you? 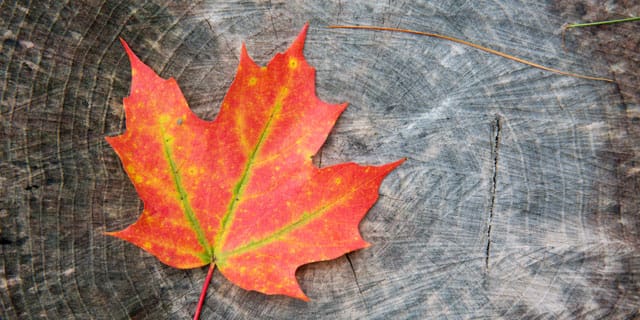 In late 2015, Canada recorded an ominous milestone. For the first time, there were more Canadians over the age of 65 than under the age of 15. This aging of the Canadian population is the result of the Baby Boomer generation (defined as those born between 1945 and 1965), and its significant membership winding down their working careers and transitioning to retirement. As the younger members of this group are now nearing retirement age, the number of retired workers will continue to accelerate, which will have a considerable and highly predictable impact on Canadian society.

Economists use the term “old age dependency ratio” to describe the ratio of older individuals compared to those who are still of working age. It is calculated as the number of those 65 or older, divided by the total number of those aged 15–64. In Canada, this ratio has been trending higher, and projections are it will continue to accelerate.

The reasons for this are twofold. Firstly, the first waves of the aforementioned Baby Boomers are now well into retirement, with many more poised to conclude their working careers soon. Secondly, the country’s fertility rate continues to decline. In 1960, Canadian women had 3.81 children on average. But this has dropped steadily, falling to less than 2 children by the mid-70s, and is currently at around 1.6. Note that the "replacement fertility rate" – that is, the rate at which the population replaces itself from one generation to the next – requires a fertility rate of 2.1 children per adult female.

As the rise in the old age dependency ratio indicates, the number of retired Canadians is growing faster than the number of those currently in the workforce. This pattern will gather strength in the future. Even though Canada has an active immigration program that brings in many skilled workers each year, as a percentage of the overall population, immigration will have little impact on the rate at which the population is aging.

So, what does this shift in demographics mean for you? It's safe to say that policy makers will be required to make adjustments aimed at preventing a significant decrease in our standard of living. This will likely entail a combination of tax increases and reduced spending, and how these changes impact you personally will depend largely on your age.  We will look at a few of the areas that will be affected by the aging population below.

It's self-evident that as Canadians join the ranks of the retired at an accelerated rate, government revenues will decline. In most cases, people earn less income once they retire, which means reduced revenue for government coffers. Two areas in particular that will be impacted by these changes are government support programs for retired workers, and healthcare.

All workers and their employers contribute to the Canada Pension Plan (CPP) and payouts are based on individual contributions. However, other programs designed to ensure seniors are able to maintain a minimum quality of life that are paid directly from government resources include the Old Age Security (OAS) and the Guaranteed Income Supplement (GIS). Unless changes are introduced, both of these programs will take an ever-growing share of the government’s resources to maintain, as more Canadians qualify for these benefits.

Healthcare is already one of the costliest services covered by provincial governments, and will surely increase as the population ages. As we noted in an earlier blog post on the subject of rising healthcare costs, Canadian seniors currently number about 5.2 million – roughly 15% of the population – yet seniors account for nearly half of the total yearly healthcare costs. Dealing with an expanding cohort of seniors will place considerable pressure on healthcare budgets as the population continues to age.

The workforce and labour market

Over the next decade and a half, we'll see a significant change in the workforce as the remainder of Baby Boomers all reach retirement age. Workers will be retiring at a faster rate than they can be replaced, and this could force employers to increase wages and benefits to attract experienced talent, in what will be an increasingly competitive market for skilled workers. Naturally, these increased costs will be passed on to the consumer.

For workers, having employers compete for their services has the potential to provide meaningful benefits. However, with fewer working-age people paying taxes, governments may have no choice but to increase taxes on workers to make up the lost revenue as more people retire.

The combination of fewer workers contributing to the public purse and people generally living longer, means that individuals may need more personal savings to support their retirement than previous generations. As already noted, retirees could be forced to finance more of the things traditionally covered by governments, such as healthcare and retirement income programs.

With average life expectancy for Canadians now at 84 years for men and 87 years for women, many retirees can look forward to a retirement lasting around 20 years, assuming you retire at 65. This combination of living longer and the likelihood of having to assume more of the costs once you retire, means the potential for outliving your retirement funds becomes an even greater possibility.