5 reasons why it’s never too late to start saving 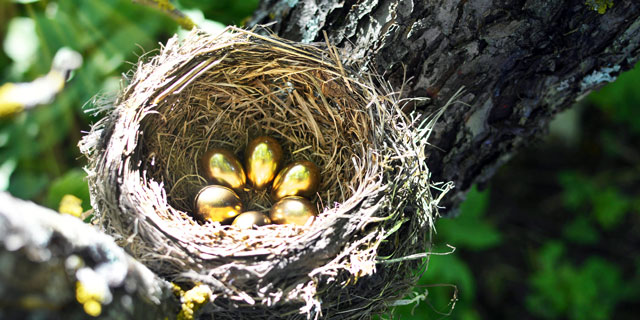 Of course, if more people asked themselves the first one, far fewer would end up asking the second. Many Canadians don’t start thinking about saving for retirement when they should—namely, when they get their first paycheque. Instead they put that task off to a later date, confident that at some day in the future, they’ll really be able to start socking away the savings and retire well. Unfortunately, though, too often life gets in the way. And with mortgages, kids, education and dream vacations, they don’t get around to ever building up a nest egg.

The early bird catches the worm

If you’re a younger person, getting started early makes a huge difference. Consider if you decide, at the age of 25, to put $100 a month into a balanced investment portfolio that earns an average return of 6% annually. By the time you’re ready to retire at the age of 65, you would have set aside a total of $48,000 from your paycheque, but your total savings would have grown to about $197,000.

And now compare that to where you would be financially if you were to put off your savings plan for only 10 years, until you’re 35. By the time you reach 65, you would have set aside $36,000 from your paycheque, but your retirement nest egg would have dropped by more than half, to $101,000. And yet another 10 years of delay would drop your final investment portfolio by even more—a whopping 75%, in fact, to only $47,000.

But what if you’re an older person and you really haven’t started saving? Well, there’s no getting around the fact that you won’t be able to benefit from compounding in the way a 25-year-old can. But all is not lost.

First of all, you’re not alone. Recent polls show that about a third of Canadians who are near retirement age (45-64) have nothing saved. And around half of those who do have savings can only boast a nest egg that’s worth $250,000 or less. The same survey also showed that $250,000 is about $500,000 short of the average amount that Canadians think they will need once they retire!

Secondly, many Canadians actually overestimate how much they need to retire, and according to some wealth planners, are actually much better situated to retire than they think.

And third, there’s still a lot you can do to achieve a reasonable retirement. Start by looking at another handy tool: a retirement calculator. The Canadian Retirement Income Calculator is available on the Government of Canada website, and can help you determine what you need in order to achieve your retirement goals.

How to get going

Okay, so you’ve just finished using the retirement calculator, and now see that you may have to play catch up retirement. As the British say, Keep Calm and Read On. There are no quick fixes, but a few small changes here and there (combined with a large dose of discipline), and you’ll be breathing easier. Here are five steps to follow:

1. Make a budget.  If you’re living paycheque to paycheque, it means you don’t have a budget. Start by detailing everything you spend in a month, from fixed expenses (utilities, mortgage payments) to variable ones (groceries, entertainment). Compare that with your monthly income, and repeat for a few months to see how you’re doing financially.

2. Pay yourself first.  Next, make saving your number one priority by paying yourself first. That just means setting up automated deposits into an account, deducted from your paycheque. The great advantage of this is that you won’t have the chance to spend that money, and before you know it, it will have grown (through the magic of compound interest) into a decent amount of savings.

3. Take on good debt, not bad.  Remember that not all debt is created equal. If you hold a mortgage, you own a house—which means you hold debt that’s going to a tangible investment. However, other types of debt are not so good, especially credit card balances. Look at ways to consolidate that debt, and ultimately reduce or eliminate it. You can refinance it into your mortgage, and you can also consider swapping your current credit card for one that is tied to the equity in your home or is secured by a down payment, which is a good way to get a lower interest rate or impose spending discipline on yourself.

4. Cut back on spending.  Here’s where you can get really creative. So many of the things we view as necessities in life—from your morning cup of coffee at your local coffee shop to your deluxe cellphone plan—are really just optional extras. If you cut them out of your budget, you’ll be surprised with how much extra you can now direct to a savings plan. Then look at the big items. Could you get by with one car instead of two? That’s typically a saving of about $9,000 annually right there. Can you rent out the basement for a boost to your annual income? Is it time to move to a smaller home? These are hard choices, but they may be necessary to live comfortably when you’re older.

5. Save your windfall.  Finally, we often enjoy occasional boosts to our income through things like earning a bonus, receiving a tax refund or inheriting some wealth. That can be a big temptation to splurge, but a disciplined saver will resist. Investing that windfall may not give you that burst of satisfaction you get from a fancy meal or last-minute getaway, but it will pay off big down the road, when you really need it.

Peter is a writer and freelance consultant providing corporate and digital communications in both the public and private sectors.