Is early retirement just a dream? 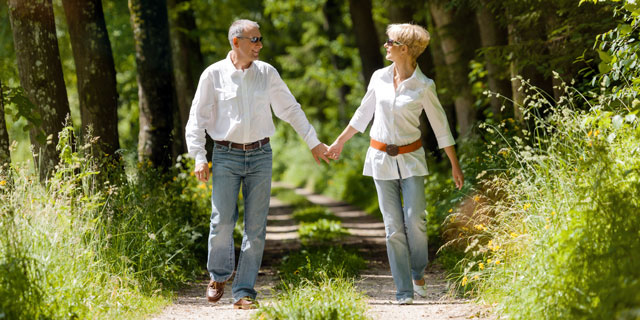 Back in the 1980s, one of Canada’s biggest insurance companies launched an advertising campaign to promote the idea of retiring at the age of 55. It was a very clever marketing strategy, and became hugely popular. As Canadians of a certain generation will readily attest, the magic number of 55 soon lodged in people’s minds as the ideal retirement age, and it stimulated a lot of thought around planning for retirement.

While the campaign has since passed into Canadian advertising lore, the idea is still with us. Today, “early retirement at 55” is a popular search term on the internet (with variants ranging from 45 to 60), and there are regular discussions in the financial media of early retirement strategies. Inevitably, they focus on two key questions: is early retirement ever a realistic option, and what has changed over the past 30 years that either brings the dream of financial independence closer or places it further away?

It’s a question of savings

The answer to the first question is that it all depends on savings. People with very high incomes can clock out of the workforce early in life, for the obvious reason that they can build up a nest egg very quickly and live off the returns. But there aren’t all that many of those people, as this data on the top 1% of taxpayers in Canada shows. And it’s also true that people with even moderate incomes can sometimes do the same, provided they follow an exceptionally disciplined approach to spending and saving.

But for the rest of us, it’s not such an easy proposition. People on regular salaries don’t have a large amount of their paycheque left over after their monthly expenses, especially if they have children or are carrying a large mortgage. And while we’ve all read those incredible stories about couples who build their investment portfolio by living in a shoebox, walking to work and doing extreme couponing, those stories make it into the news precisely because they are so exceptional.

Hard, but not impossible

Early retirement may not be easy for the average person, but it’s not impossible. To think about it seriously, it’s worth asking that second question: what kind of changes have occurred in our economy that affect our ability to retire? Looking at those changes provides a good starting point to understand how to prepare for retirement in Canada.One of the biggest changes that has occurred since the idea of retiring at 55 became such a hot notion is life expectancy. The average life expectancy in this country has risen by almost two years every decade for the past 50 years. That means you have to adjust your retirement expectations accordingly, as you are likely to live quite a bit longer than someone who was your current age in 1980. (To find out just how long, try this life expectancy calculator). So when thinking about “early retirement", remember that your definition of the term will differ from that of a previous generation. Maybe 65 is the new 55!

Another major change is the pressure that an older population is putting on government spending. An aging population means more spending on healthcare and income programs for the elderly. When the Canada Pension Plan (CPP) was introduced in 1965, average life expectancy was 72. So for those retiring at 65, the CPP only had to pay for an average of 7 years. Now that the average life expectancy has climbed to 82, workers can expect an additional 10 years of CPP benefits. In addition, there are fewer younger workers to pay for that spending, which is putting government budgets under strain.

The biggest change of all—interest rates

If improved longevity is a significant factor in changing our perspective on retirement, an even bigger factor is interest rates. To understand why, just consider the historical record. In the 1980s, central banks around the world were fighting a huge battle against inflation, and they did so by raising interest rates. Five-year mortgage rates in Canada peaked at 21.46% in September of 1981, and fixed-income instruments were paying out correspondingly eye-watering returns. (Imagine a 10-year bond offering over 15% annually!) Once inflation was beaten, savers who had bought long-term bonds were locked into juicy rates that provided a very healthy income stream, which in turn put early retirement within reach.

Now take a look at interest rates today. As recently as 2017, the Bank of Canada’s key rate was 0.5%, and for the past decade it has been under 2.0%. Those low rates make it much more difficult to retire early, since inflation has been hovering around the 2.0% level for many years now. In fact, the low-interest-rate environment has encouraged many investors to shun the bond market in favour of GICs. This is where Oaken is a leader in Canada, since our long-term GIC rates do keep savers ahead of the inflation curve. Essentially, lower rates mean people have to save more to retire than they did when rates were high.

Early retirement in Canada is a subject that never ceases to generate interest and discussion. Unfortunately, though, much of that discussion is shaped by views that were developed a generation ago. If you're thinking about early retirement, remember to base your retirement strategy on where you are today, and not where your parents were when they were planning for financial independence.

Peter is a writer and freelance consultant providing corporate and digital communications in both the public and private sectors.