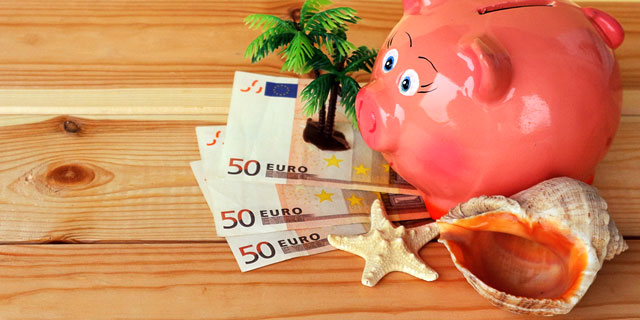 For those planning to travel outside Canada in the next little while, your vacation might now cost you a little more than you’d originally planned. That’s because the “loonie” continues to struggle against most of the major currencies. This includes the US dollar, the British pound and the Euro. What’s even more distressing for travellers is that following the Bank of Canada’s April interest rate announcement, there's little expectation that the loonie will make any significant gains on the major currencies in time for the summer travel season.

In the Bank of Canada’s April monetary policy report, Governor Stephen Poloz noted that based on its latest economic growth assessment, the Bank was trimming it’s earlier forecasted economic growth to just 1.2% for the remainder of the year. This is an indication that the Bank expects growth to remain muted for the rest of 2019, making it even less likely that the Canadian dollar will start to close the gap with its US counterpart any time soon.

What a weaker loonie means for travellers

According to StatsCan, the US is by far the most popular foreign destination for Canadian travellers. If you’re one of the many Canadians intending to venture south of the 49th parallel this summer, prepare yourself now for a serious case of “exchange rate shock”. To help ease the shock, here are some tips from Everything Zoomer that could save you a few bucks when you go to buy your greenbacks.

The situation isn’t much better for overseas destinations, either. Compared to earlier this year, both the British pound and the Euro are currently trading at a premium to the Canadian dollar. This will make it even more costly to buy either of the two dominant European currencies.

So, what’s a vacationer looking for an epic destination to do? Well, if you’re up to being a bit more adventurous and willing to look a little further afield, there’s still some great bargains available for the Canadian traveller.

Got your heart set on visiting Europe? For a different take on a European vacation, why not look at Eastern Europe? Countries in the eastern part of Europe, and in particular Hungary, Poland, Bulgaria, Croatia and Romania, offer some amazing experiences. These countries are part of the European Union. However, unlike most of the countries in Europe, they are not part of the Euro Zone.

For travellers, this is an important distinction, as it means that these countries still have their own sovereign currency and do not use the Euro. That’s why when going to Hungary, for instance, you’ll need to exchange your dollars for the "forint". Or if stopping by Croatia, be sure to bring some "kuna".

The good news for Canadian vacationers is that because these countries are not prime tourist destinations, they still represent great bargains for those travelling on a budget. Also, the loonie has remained relatively strong against most of these currencies, so you can stretch your dollars even farther.

The continent of South America boasts cultural influences from around the world. Travelling through Peru and the Andes, you’ll encounter descendants of the native inhabitants, while evidence of European migration can be found in parts of Brazil, Uruguay, Chile and Argentina. For instance, in Guyana you’ll discover a fusion of Eastern and Caribbean influences, as well as prominent Dutch and French communities, all contributing to a vibrant and exciting environment.

Of the 12 countries comprising South America, Argentina--located in the southern half of the continent--is the number one destination for tourists. Argentina’s capital city, Buenos Aires, is very multicultural, and you’ll see Spanish and European influences throughout the city’s architecture.

Buenos Aires boasts an impressive foodie culture, featuring classic European-inspired fare all served with an Argentine twist. In more recent years, Argentina has established itself as a major wine producer, and these wines are increasingly capturing the attention of connoisseurs around the world. And speaking of food, it’s impossible to talk about the country’s cuisine without noting Argentine barbeque, or as it's known locally, asado.

Canadian tourists also benefit from the fact that the loonie has been performing well lately when compared to the Argentine peso. Since the beginning of the year, the loonie has gained over 20% against the peso, making Argentina even more attractive as a destination.

We’ll wrap up our review of affordable destinations for Canadian travellers with a quick look at South East Asia. Despite ongoing political tensions in some regions, there’s still many areas that promise an unforgettable experience. Despite some turbulent periods in the mid-part of the last century, countries like Laos and Vietnam are making serious efforts to attract tourists these days.

As emerging economies, South East Asia offers the budget-minded traveller with some excellent bargains. Hotels and restaurants are very affordable, and for those prepared to step out of their comfort zone and take on more of a challenge, opportunities abound in this region. Guided jungle trekking is very popular. And for divers, the area is renowned for its vast network of reefs, where you’ll find an amazing array of marine life.

As with all travel, be sure to do your homework before setting out. Travelling to any foreign country can be a little intimidating, especially if you're considering some of the lesser-known destinations we’ve listed here. However, with a little research, you can find destinations to visit that are fun and exciting, and all at a relatively cheap price.