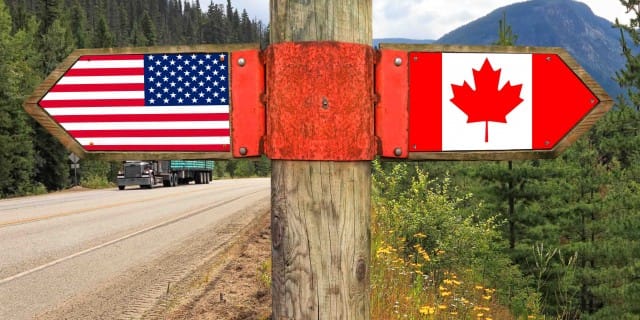 If you're one of the thousands of Canadians who spend long stretches of time in the U.S. each year, you need to keep the number 183 in mind. Here’s why.

In 2011, Canada and the U.S. agreed to the Perimeter Security Pact, which ties together the entry and exit data of the two countries. This arrangement made it possible for U.S. and Canadian authorities to easily track the length of time visitors spend in each country. Initially, agencies on both sides of the border only tracked foreign nationals and permanent residents of either country, but this information is now being shared for all travellers.

For Canadian snowbirds wintering in the sunnier climes of southern U.S. states, this change could have serious implications. That’s because, depending on the length of your stay, you could find yourself under the scrutiny of the Internal Revenue Service, and may well be required to file a tax return as a U.S. resident.

This is where 183 becomes so important. This is the number of days that, if exceeded, could result in your status being changed from simply a visitor to that of a U.S. resident. But it's the way in which U.S. authorities calculate this number that must be taken into consideration.

Establishing a closer connection with another country

The Canadian Snowbird Association webpage provides a wealth of information for Canadians planning to winter in the U.S. each year.

Fortunately, even if you are classified as having a substantial presence in the U.S., you may still be able to avoid paying U.S. income tax if you can prove you have a closer connection with another country.

To support your claim, you must send a completed Form 8840 to the Internal Revenue Service. In addition to your personal information, the form asks for details on key things such as your principal residence, the jurisdiction that issued your driver’s license, where you vote, and where your immediate family lives. Form 8840 must be completed and forwarded to the IRS for each year you spend time in the U.S. You can find more details on the IRS website.

Don’t let your getaway plans be spoiled by inadvertently running afoul of the IRS and U.S. tax laws! It's better to take the time to understand what you need to do to maintain your visitor status now, before heading south.