RSPs, TFSAs and your retirement strategy 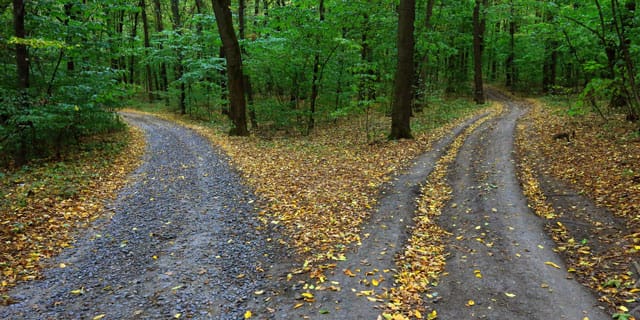 The Tax-Free Savings Account (TFSA) was frequently in the news during last year’s federal election campaign. TFSAs made headlines again when the newly-elected government followed through on its pledge to roll back the TFSA annual contribution limit. With the RSP deadline now looming, conversations are once again turning to TFSAs and the annual question of whether a TFSA or an RSP is the best choice for retirement saving.

The short answer is, “it depends”.

It depends on a number of factors, and we'll examine some pros and cons for both RSPs and TFSAs in this post. Keep these points in mind when developing a strategy that best supports your own retirement goals.

A Registered Education Savings Plan (RESP) is also available for Canadian savers. However we’ll ignore RESPs for this discussion, as they're intended specifically for saving towards your child or grandchild’s education.

Your first priority should be to ensure that at least part of your savings are benefitting from the tax-sheltered status of a savings plan. For Canadians, this means either an RSP or a TFSA as a tax-free way to grow your savings.

Before we move on to look at the specific merits of each plan, keep in mind that for most Canadians, it's not a matter of selecting one plan exclusively at the expense of the other. The best approach usually involves contributing to both an RSP and a TFSA. It's the degree by which you may favour one over the other that will dictate your best course of action, based on the characteristics of each plan type together with your own personal needs.

RSP rebates are great, but…

When you contribute to your RSP, you receive a rebate on your yearly income tax. This rebate is based on your marginal tax rate, and the amount deposited for the year. Contributions to your TFSA do not have an associated rebate. Which would seem to automatically make an RSP a better choice, because who doesn’t like to get money back, right?

But, there's more to think about than just the promise of a rebate. Future tax obligations, your age and proximity to retirement, and your expected retirement income will all have an impact in determining your use of both savings plans.

One of the most critical differences between TFSAs and RSPs comes down to how each is treated from a tax perspective. With a TFSA, your contributions are made with “after tax” dollars, meaning you've already paid income tax on this money. The major benefit of a TFSA is that when you withdraw funds from the account, your deposits and all additional earnings generated within the TFSA account will not be subject to any form of tax.

On the other hand, funds withdrawn from an RSP – including all earnings on the holdings within the RSP – are considered income, and will be taxed as such once removed from the shelter of an RSP. The expectation is that for most of us, our retirement income and corresponding tax rate will be less than during our working years. This means the rebate you receive for contributing to your RSP should be greater than the rate at which you'll be required to pay income tax later. Also, by reinvesting the rebate, you’ve already got a head start on your contribution for the following year.

If you expect your retirement income will be similar to your working salary – perhaps you have a company pension, or other form of revenue that will be taxed as income in addition to your own savings – consider making contributions to your TFSA the priority. You’re already looking at a hefty income tax bill in your retirement years, so being able to take money from your TFSA without having to declare it as income will be a welcome bonus.

Flexibility and use of funds

If you're concerned that you may need to access some of the funds you're setting aside before you intend to retire, a TFSA is significantly more flexible than an RSP. You can take funds from a TFSA at any time with no tax implications, but withdrawing funds from an RSP triggers an immediate tax event.

What’s more, once you’ve withdrawn funds from your RSP, you lose the contribution room used by those funds. In other words, you can’t simply replace the amount you withdrew at a later time – that contribution availability is gone forever. With a TFSA, you need only wait until the following year to replace the money you withdrew, and there is no reduction to your future contribution limits.

Note that there are programs available that allow you to take money from an RSP to use as part of a down payment on the purchase of your first home, or to put towards education expenses. However, this money must be repaid within a specified time in order to avoid taxes and penalties.

One thing not often considered is how RSPs could affect your future benefits. Eligibility for some programs intended for seniors is tied to income, and if your annual retirement income exceeds the specified levels, you may have some of the benefit – or even all of it – clawed back.

Both the Old Age Security (OAS) and the Guaranteed Income Supplement (GIS) are subject to reductions based on your income. OAS claw backs currently start with incomes greater than $72,809, while the GIS threshold is considerably less as it's intended specifically for low income seniors. Any income derived from your RSP will be included in your total income calculation.

Earnings from your TFSA are not part of your overall income determination, and have no impact on OAS or GIC credits. If you expect your retirement income could result in having some portion of these benefits retained, then contributing more to your TFSA rather than an RSP may help reduce how much is clawed back. You can learn more about your government benefits on the Canada Revenue Agency website.

Converting your savings to retirement income

One requirement of an RSP is that you must convert the funds to an income stream, such as a RIF or an annuity, no later than December 31 of the year you turn 71. While most people will likely want to access their funds before this deadline, this may not be desirable for some.

For instance, consider a situation where you have sufficient funds on hand, and wish to delay tapping into your RSP. This option is not available to you because of the age restriction. And not only will you be forced to collapse the RSP, you'll also have to pay income tax on any income generated from an annuity or the minimum withdrawals from a RIF, whether or not you need the income at the time. There's no such age-based requirement to draw income from a TFSA – you can continue to hold your TFSA and use it to generate tax-free savings for as long as you like.

Speaking of age, this and the stage of your career development may also be something to consider when choosing between a TFSA and an RSP. For instance, if you're in the earlier stages of your career and expect to be earning significantly more in the future, you may want to save RSP headroom until you’re earning a higher salary. You will receive a greater rebate because of your higher marginal tax rate, and this is especially attractive if you anticipate a more modest income once you do retire.

In this post, we’ve reviewed a number of things to consider when evaluating how to include a registered savings plan within your overall retirement strategy. Both RSPs and TFSAs are very effective ways to help save for your retirement, and each has its own set of strengths and weaknesses. Keeping the topics raised here in mind, and with further research of your own, you can be sure to use both of these plans to the greatest advantage.